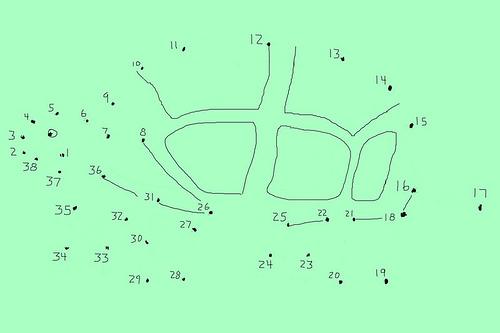 As a child, I loved magazines with numbered dots on a page. As I connected ‘em in the correct sequence, an outline of a dog, whale or even a castle would appear. In life, seemingly unrelated events also connect to produce surprisingly wonderful outcomes. God causes all things to work together for good for those who love Him and are the called according to his purposes. If we’re patient, we’ll see the most gorgeous imaginable miracles unfold before our eyes as He connects the dots.

Where this Started for Me

In 1979 after a successful career as a Music Teacher in the Chicago area, I found myself out of a job. After months of searching and learning how to sell my developed skills, I landed a job outside South Bend, Indiana as a Product Manager for an electronics manufacturer.

After 14 months on the job, only home with my wife Diane and kids on weekends, internal politics and strife were driving me crazy. Interest rates were over 20% so we couldn’t sell our home. So, when another company offered me a job based out of my Chicago suburban home – I took it.

Connect the Dots begins to Unfold

Meanwhile in England an elderly lady lay on her deathbed. She tenderly called her 30-year old son to her bedside and began to relate a story to him. She said, “During World War II, your Dad had been sent to the Continent to fight. News came back that all in his company had been killed. I hadn’t heard from him so presumed he was dead.

About this time I met a handsome American soldier. We were in love – things happened . . well, I got pregnant. He was also sent to the Continent. I never heard from him again. This American soldier was your real biological father.”

This young man returned home and began casually looking for his real American father. Armed only with the soldier’s name, he began a lonely search starting with public library records of American soldiers.

Back to My Life as I began to Connect the Dots

My new job just didn’t work out. But, I kept in touch with my previous employer, who wanted me back. Nine months later, I rejoined them and moved to South Bend when our house miraculously sold.

One Sunday morning with my 2 oldest children, I went exploring for a new church. However, none looked inviting. Finally, miles out of town, I found a road that I thought looked interesting. After a 10-mile drive we arrived in a downtown area, with 2 church possibilities. One was big and beautiful with an 11:00 a.m. starting time. The other was good sized, old and not as pretty, but . . . with a 10:45 starting time. I chose it!

I had a wonderful feeling as we walked into this Presbyterian Church. Sitting at a grand piano was a sweet old blind woman, playing old hymns. In that service I administered communion to my kids for the first time. Obviously, God had chosen this as our family’s church home.

Now, when I was growing up my Dad was a big deal in our town. He was on the school board and an Elder at the Presbyterian Church. Like many, I always wanted to be just like Dad, so began positioning myself to become an Elder. After a year, I was invited to become a Deacon. (Ah, I thought – the first step!) When asked what Deacon’s did, I was told “well there’s the spaghetti dinner and at Christmas we take poor children to shop for clothes at Penny’s in the mall. Well, I like kids, so I agreed!

Connecting the Dots in England

The young man was now getting very serious about finding his real father. Four – long – years he sent letters and made phone calls all over the USA, but to no avail. He just couldn’t locate his father. Now, in earnest he began using phone books searching state by state.

Meanwhile back in the USA

(Naturally, as this story continued to unfold, we continued to live life, drive through snow and ice storms, dealt with the death of my father, struggled to make a living, got fired, was out of a job for 2 years, had sick children, attended various board meetings, increased our family to 4 children, etc.)

At the first Deacons meeting I found they had lied when they told me what a Deacon was supposed to do! They assigned everyone an elderly person to visit. Everyone was required to tell how many calls or cards they sent to the elderly. ( One said “I sent 2 cards, and visited 1 person.” Another said, “I sent 4 cards.” Still another said “I visited 3 people this month.”) Yes, not only did they make you call on the elderly, but they actually kept SCORE!

As I sat quietly in this first meeting, each new member was assigned an elderly person to visit. Finally, the list was complete, and (Hallelujah, Praise the Lord) I wasn’t assigned anyone! We joined hands to pray and dismiss, but I heard some “agitator” in the group say:
“Hey, Jim doesn’t have anyone!”
“Oh, that’s all right,” I magnanimously volunteered. ”I don’t feel hurt.” But, they got the list out again, diligently searching for someone just for me. To my delight there was no one left on the list. I pretended to be sad, but not too sad that they’d give me someone assigned to another Deacon.

Then someone said, “Hey, let him have Harry!”
There was general laughter in the room.
“No” said the Board President. “He’s too new. That’s just not fair. . . . . Still, there’s nobody else.”
“All right”, I blurted. “I’ll take Harry.” (My motive was not to help him, but to get home to watch Monday Night Football on TV.)

Four weeks later on a Sunday morning, I suddenly remembered I hadn’t called on Harry yet. Oh, no! At the meeting I’d have to say, “I called on nobody and sent no cards.” I panicked! So, as everyone went upstairs to church (after the church’s coffee hour), I sneaked out to visit Harry on the 7th floor of the high rise for the elderly across the street.

Harry, a little 79-year-old man with a “Hitler-style” mustache, recently had a stroke, so stayed in his chair. However, Playboy magazines were spread open on the floor. He immediately proceeded to tell me what women he “had” the previous week, what he had done with whom and how he did it. It would have made a sailor blush! So, I changed the subject to his needs.

Since he was weak and couldn’t venture much out of his chair, he had someone shop for him. Taking $25 every week, a man was bringing back only a quart of milk, a carton of Pall Mall cigarettes, a package of breakfast rolls, but giving him no change. Harry felt that he was being robbed. And – He was!

So, I promised to shop for him and never steal. From that day, I shopped for him every Sunday, carefully counting his change, dollar by dollar and penny by penny and earning his trust. After months, his personality became softer and gentler, so I was able to bring my wife to his apartment. While I was shopping, Diane pumped him full of God’s word. We became his friends answering his every question about God. Little by little, not only did we find his apartment cleaner, but also he became nicer and happier. I began taking him to the doctor and even cut his ¼” thick toenails. Diane led him in the sinner’s prayer and Harry gave his heart to the Lord. Yes, he became a genuinely nice person, enjoying having our four children around him.

At the deacons’ meetings now I reported; “I made 5 visits this month”, at the next 20, then 32, etc. Not only was I enjoying Harry, but making friends with many of the residents. It really became embarrassing. The Board of Deacons quit asking me how many visits I made and I quit keeping track.

At Christmas time, we spent 5 days with our relatives in Illinois. Upon our return, I phoned Harry, but got no answer. I went to his apartment, but he wasn’t there! Scouring the apartment complex, no one knew where he was or what happened to him. I called area hospitals, but he wasn’t registered at any. Finally, the caretaker told me Harry might be in a hospital in an adjoining city. I raced over to the hospital, only to find him as a John Doe in a ward with dying people. His first request was that I go back to his apartment and get his false teeth, so he could be understood.

After I returned with his teeth, he told me that he gotten the flu, didn’t feel like eating, then didn’t have the strength to get food. Without his teeth in the hospital no one could understand him, so he was just dying. But, this wasn’t the end. HE LIVED and went back to his apartment!

Hold onto your seat!

It wasn’t 2 weeks later, that Harry received a letter from England that he wanted to show us. Diane read this letter from a man in England. He related his story as above and was writing to Harry as the last Harry A. LeDrew in the USA. “Are you my father?” Harry was skeptical, fearing that all he wanted was money. But admitted that he could have been the father. So, Diane helped Harry write a letter to his son. Within weeks, Harry received a letter back, saying that his son was going to come to America to meet his real Father . . . AND he was bringing his wife. . . AND . . . that Harry had grandchildren!

I’ll never forget the Saturday afternoon we walked into Harry’s apartment. There was Harry on the sofa with his son on one side and his daughter-in-law on the other holding his hand, kissing his cheek, and stroking his head. They were all so happy! But he didn’t pay any attention to us. “What about my family? Harry didn’t give a hoot! Now, he had his own wonderful family. Tears welled up in my eyes as we saw his happiness.

Then I knew, that for the past 7 years, God was “connecting the dots”. This story really wasn’t about me, becoming an Elder just like my Dad. No, it was to prepare Harry, mentally, physically, and emotionally to meet his family. Praise God, what a glorious sight!

But Connect the Dots wasn’t over!

Remember when his son’s mother was on her deathbed? Well, she survived! Not only did she survive, but Harry, called her on the telephone, proposed to her, she accepted, came to the United States and they were married! Wow! God is so good!

The end of the story? Well, I got a new job, so our family moved to Ohio. The last time I saw Harry and his wife, they were living in the apartment together. However, I will never forget him and how I witnessed God had me connect the dots for Harry!

You, too, may go through life with the attitude that things just happen coincidentally. They don’t! God has a wonderful plan for your life to give you a future and a hope (Jeremiah 29:11-13). Keep your eyes open and you’ll see God connect the dots in your life as well! 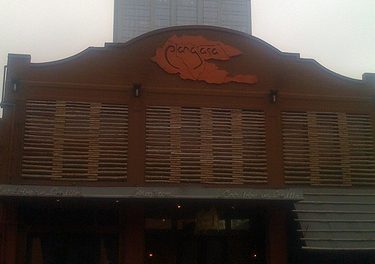 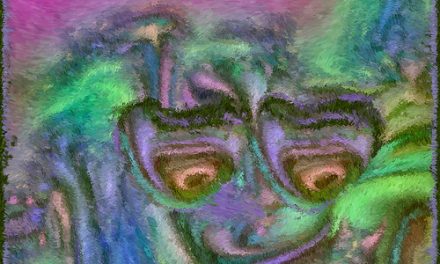 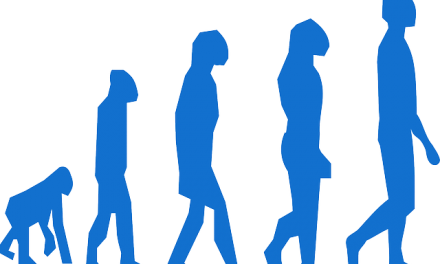 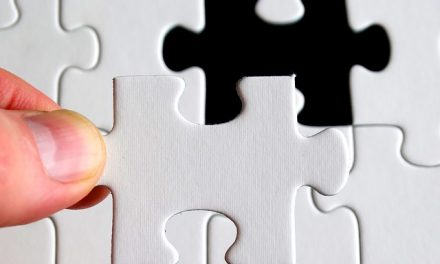