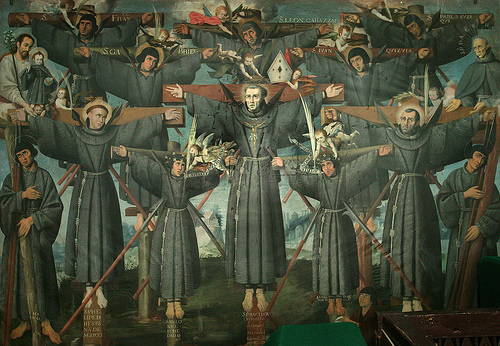 Review of Foxe’s Book of Martyrs

Since at least 800 B.C. to the present time, it is well documented that Satan has been using people and circumstances to attempt complete elimination of the Israelites. All Jews know the names of super villains like Hitler; Stalin; Haman (during the time of Esther); Roman Emperors such Vespasian and Titus; and Iran’s Leaders to name a few. However, very few know Christians were and are being subjected to the same and worse, brutally barbaric persecutions – beyond description.

Both sincere Christians and Israelites need to know who the enemy is. It is Satan who duped men to submit to his guidance. They are not just pagans and headhunters but others including Christians and Jewish leaders in well-respected offices with protected reputations.

Not politically correct, Foxe’s Book of Martyrs exposes the brutalities, treachery and injustices done to those who follow God’s laws and principals since the time of Jesus. Written by John Fox (Foxe) 1517-1587 AD, there are several versions. I recommend Clarion Classics published by Zondervan ISBN 0-310-24391-2. I found another similar but more inclusive version on Kindle.

Importance in the U.S.A.

Early U.S. settlers might have had only 2 books in their possession – the Bible and Foxe’s Book of Martyrs. This history of what happened to the Apostles and followers of Jesus through the Dark Ages, Middle Ages and into the 1700s. I recommend reading it, because its contents assist in understanding key Constitutional right of all Americans along the importance of the 1st Amendment (Bill of Rights): “Congress shall make no make law respecting an establishment of religion, or prohibiting the FREE exercise thereof;”

Below are just a few examples of laws enacted to protect Christians AND Jews from governmental and religious powers:

1)       The right to face our accusers – formerly in Europe a person’s accuser could be hidden behind a veil.

2)       Cross examination – formerly accusations could be made with no substantiation.

3)       Selection of an impartial Jury of our peers – formerly one could be accused, tried and sentenced by those who had ulterior motives in wanting a person dead (annex private property, collect inheritance,etc.).

4)       Freedom of Speech and Freedom of the Press – people were burned to death for their opinions, having a Bible or even having theological papers in their possession.

5)       Unlawful search and seizure (4th Amendment)  – The wealthy could be accused and all their wealth/possessions confiscated by the government or church.

6)       Testifying against oneself with out being read their Miranda rights. 5th Amendment

7)       The right to a speedy trial (6th Amendment – formerly one could be held and tortured for years before a trial and a verdict of innocent or guilty.

This is not an easy subject and certainly not for the faint of heart. Some refuse to believe it or don’t want to acknowledge it. However shocking, IT IS HISTORY! (Stop reading here if you are squeamish.)

Foxe’s Book of Martyrs does not detail such things as husbands being made to watch “chic flicks;” women being forced to watch pro football; or even teenagers being grounded for disobedience. As an example below is a small portion of torture regardless of age or sex inflicted by Count Tilly in Germany under the authority and funding of the Pope Leo X and Charles V, King of Germany. Such tortures are described including names, dates, places, cities and those performing the abominable acts.

Half strangling and recovering the persons again repeatedly; . .  Pinching the thumbs in a vice; tying cords round the head so tightly that the blood gushed out of the eyes, nose, ears and mouth. Fastening burning matches to the fingers, toes, ears, arms, legs and even the tongue. Putting powder in the mouth and setting fire to it, by which the head was shattered to pieces.  . . . Hanging, stifling, roasting, stabbing, frying, racking ravishing, ripping open . . . drowning, strangling, burning, broiling crucifying, etc.

These are only a few of the inventive tortures Christian endured, extending not just for a year, but starting with Jesus’ death in Judea and continuing in Rome (first 42 pages). The remaining 290 odd pages detail Christian tortures continuing almost unabated through the early 1800s mainly in these following countries where millions were tortured and murdered. (Many Emperors, Kings, Cardinals, Bishops, Popes and clergy were specifically mentioned including Nero, Alexander III, Leo X, and Gregory II.)

France (under the Jesuits & Dominicans)

Despite all these tortures, committed Christians were convinced of the eternal saving of their souls. No physical, emotional or mental torture could get them to renounce their faith in the saving grace of Jesus.

Other Lowlights of Martyrdom

-6666 members of the Roman (Theban) Legion (100% Christian) and very loyal to the Emperor were murdered at the order of Emperor Maximillian for being Christians.

Yes, we live in a barbaric world. Many of these practices still exist as true Christians are being persecuted all over the world including China, Nigeria, the Sudan (Darfur), Egypt, East Timor (Indonesia), the Philippines, Pakistan and Iraq. Currently, a Christian pastor is being threatened with death in Iran.

Here in America, Christians seem to have forgotten the price of achieving peace and real freedom in Christ. We have become soft and permissive, patiently accepting new rules that undermine the rights our Forefathers gave their lives so we could worship in the church of our choice.

In John’s letter to the church of Laodicea (Revelation 3:14-19) he wrote this message from Jesus: I know your works, that you are neither cold nor hot. I could wish you were cold or hot. So then, because you are lukewarm, and neither cold nor hot, I will vomit you out of My mouth.

So how strong is your faith and trust in Jesus Christ? How will you stand up in the face of such persecution? Remember, Jesus will never ever leave you nor forsake you! You can absolutely trust in Him! 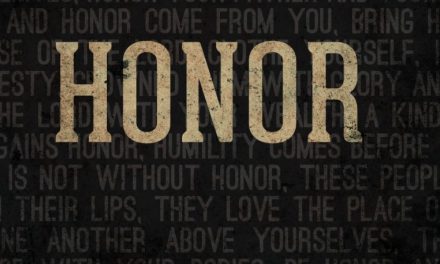 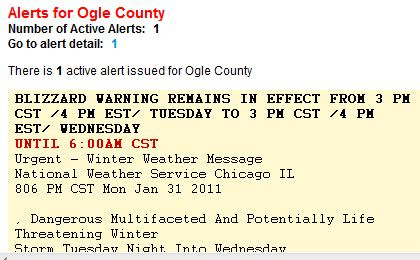 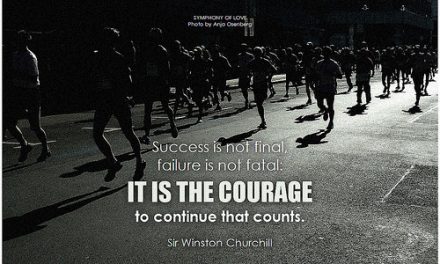 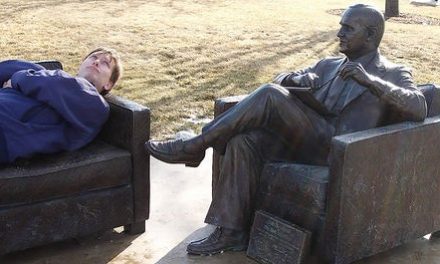